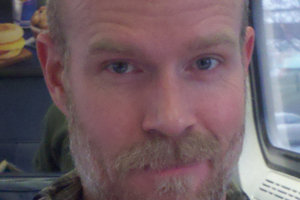 After the big vote on same-sex marriage in New York, my husband Mike and I finally decided to get a civil union in our home state of New Jersey.

The only reason we hadn’t done so before was because we got married in Toronto back in 2003 and didn’t see the need to collect a bunch of different documents from different jurisdictions. We were holding out for the day when our marriage would be officially recognized.

Imagine my shock when I learned a few days ago that as far as Jersey is concerned, that day was five years ago.

Our accountant is going to be so pissed when I ask him to re-file our taxes for the last five years.

Our lawyer friend is checking to make sure that goes for Canadian marriages as well, but so far it’s looking good. And while a civil union is nice and I won’t look a gift horse in the mouth, I’m married dammit!

This highlights what a mess we’re making by letting every state define our relationships differently. We’re already at a point where, during one cross-country drive, my husband and I can go from a married couple to domestic partners to civil union-ed to virtual strangers in the eyes of the law.

But I take comfort in how fast things are changing for the better. After all, it was less than 10 years ago that the Supreme Court struck down sodomy laws in the 14 states that still had them on the books.

Which means during at least part of that cross-country drive, we were also considered criminals.

So we can’t rest on our laurels. We still have a long way to go and it’s something worth fighting for.

WOOF on the move

Effective immediately, WOOF! Philly has moved to The Pit Stop in the basement of The Bike Stop, 206 S. Quince St. They’ll be there every Sunday through the end of July starting at 8 p.m.

If you’re looking for drama behind the move, you won’t find any. The change came about simply because the Gold Club decided to reprogram Sunday nights for its usual clientele (i.e., lady dancers for straight guys).

The Pit Stop is a perfect match for the men of WOOF and I, for one, hope this becomes a regular gig, but there’s no telling where WOOF will land. They’ve survived venue changes before and I’m sure they won’t miss a beat this time either. Stay tuned right here for details.

And make sure you don’t miss WOOF on July 31, with special guest and crowd favorite Dru Bruin!

For more information, check out www.woofphilly.com.

If you’re like me and you can’t get enough of Beyoncé, Britney and Gaga, then on July 29 you need to get to Sisters Nightclub at 1320 Chancellor St. A meager little $5 cover gets you in to DJ DeeJay’s incredible “BBG” party celebrating our favorite divas of today.

For more information, check out www.sistersnightclub.com.

OK, truth be told, it’s sassy Beyoncé that I can’t get enough of (“Single Ladies,” “Why Don’t You Love Me,” etc.). I could really do without angry Beyoncé, thank you very much (“Ring the Alarm,” “Run The World (Girls),” etc.).

Speaking of Britney, she’s performing in town on July 29 so you know the bars will be playing tons of her hits after the concert is over. Or at least they better be. So be sure to stop off in Center City before you leave town to dance your ass off!