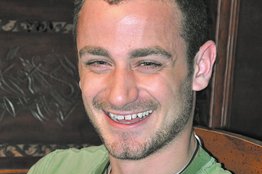 Last article, I addressed the oft-deleterious relationship poz folk develop with barebacking post-diagnosis. While some HIV-poz folk said my thoughts helped give them perspective on barebacking, my critics questioned — amongst other things — why I never said, “Use condoms. They’re the best preventative measure against contracting HIV.” In fact, many people worried that I might have condoned unsafe sex unwittingly.

My critics have a point, and I’m grateful both that they said something and that, as per my intent, people are talking about HIV. Therefore, I’m devoting this article to flesh out (ahem) the condom vs. barebacking war that has waged ever since the first outbreak of HIV.

Scaring people into condom use doesn’t always work either. Actually, it can inadvertently glamorize barebacking simply because people demonize it: It’s the old, “You want what you can’t have” scenario.

Nevertheless, if we can encourage a greater dialogue about HIV (as is this column’s intent), barebacking and condom use, we’ll be able to educate people while emphasizing the need to make their own choices. Because frankly, it would be better that people learn how HIV is transmitted than default out of fear of condom use.

But let’s get down and dirty about the whole condoms vs. barebacking war. To start, consider this hypothetical:

I can almost see the “Yes, you idiot! Of course it’s a bad decision!” boiling over in some of you. Now, I’m not advocating for either course of action. This hypothetical is based on principle, not risk factors.

And, folks, that’s exactly what you have to do. The choices, as well as the consequences, are yours as to how you act sexually. I’m not going to advise you either way. It’s not my place, and I refuse to do it. What I will say is that you’ll feel a lot better and more informed about the decision you make if you make an effort to talk about it. Don’t worry about what people think. Be honest about how you feel and what you want to know.

We’re all in this together, folks. Now get out there and start talking.

Aaron Stella is editor-in-chief of Phillybroadcaster (www.phillybroadcaster.com), an all-inclusive A&E city blog site. Since graduating from Temple University with a bachelor’s in English, he has written for several publications in the city and now devotes his life to tackling the challenges of HIV in the 21st century.