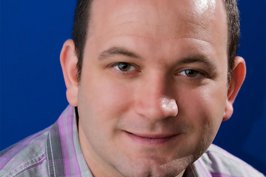 If you long for men and women clad in tight swimsuits but finances decree your budget is not ready for a pricey P-town stay, have no fear.

You can enjoy a fabulous staycation just 45 minutes away in New Hope.

Long known for its acceptance of the gay community — it was one of the first municipalities in Pennsylvania to pass an antidiscrimination law and a resolution in favor of same-sex marriages — the scenic village is experiencing a resurgence. New Hope Celebrates is bigger than ever with a Pride festival with a week of activities. The arts scene is in full swing with galleries galore and a variety of musical and theatrical offerings. As for those swimsuits, chec kout tomorrow’s Gay Day Pride Floatilla sponsored by Delaware River Tubing.

If tubing isn’t your thing, you can still beat the heat at the revamped Raven pool — voted Best of Philly’s 2010 Best Gay Destination. An old favorite, The Raven hosts weekly “Divalicious” drag shows, piano-bar entertainment with Liz Dufour, Russell Eiffert and Michael Ferreri and a raucous weekly male review. This week, PGN spoke to New Hope Celebrates board member Ryan Fuller. In addition to his duties with NHC, Fuller sits on the board of the chamber of commerce and on weekends and evenings serves as manager of The Raven. And he has a day job, too.

PGN: You were born and raised in Bucks County, correct? RF: Yes, I grew up in Warminster and have lived all over the county throughout my life. I’ve worked for Raven properties for about five years, including managing the Nevermore before coming to the Raven. It’s been a lot of fun.

PGN: What were you like as a kid? RF: Very ambitious. I was always working, always trying to do something else. I definitely wasn’t a lazy child. I had my own grass-cutting business and started a mortgage company in 2005. Now I do insurance by day and work at the club evenings and weekends. I like to keep busy!

PGN: Where did you go to school? RF: I went to Pennridge High School and from there went right into business. I didn’t go to college.

PGN: No time, I guess! RF: Yeah, I got a job at Fred Beans car dealership right after high school and worked there for about 10 years. I managed the rental department.

PGN: What was the worst condition a car was returned in? RF: Someone brought back a car that looked like a farm inside. There was hay and mud and a really bad animal smell.

PGN: When did you come out? RF: I guess it all started by a friend asking me if I was gay and I said yes. I’d decided that I wasn’t going to tell anyone until they asked me and then I’d answer truthfully. After I said yes, it spread like wildfire among my friends. But it took my family a few years more to ask me.

PGN: Were there early signs? RF: I’m sure people suspected, but no one asked so I didn’t tell. We lived in Upper Bucks at that point and I was a little fearful of being open.

PGN: Were you into sports? RF: Not at all. But I was an Eagle Scout! I guess that’s controversial now.

PGN: Tell me how much it meant to you — especially now that, due to the Supreme Court ruling, gay Scouts are not allowed. RF: It meant a lot. I loved the adventure — doing new things, camping out under the stars, traveling to different places in the country, learning to live without luxuries.

PGN: What was one of your favorite activities? RF: We’d go up to Resica Falls in the Poconos for summer camp. There was a waterfall there and it was just beautiful.

PGN: Tell me about the family. RF: Well, my mom’s a nurse and my stepfather owns the insurance company I work for. My father lives in Georgia and manages a trucking company. I’m the oldest of four kids. One brother is two years younger than me and then my other brother and sister are 15 and 18 years behind me.

PGN: You must be almost more like an uncle to them. RF: Exactly! They’re great. I like to do things with them and take them to different places. I just took my little brother to a Linkin Park concert a few months ago.

PGN: What kind of insurance do you sell? RF: Personal and commercial. Property and casual.

PGN: So if I need errors and omissions’ insurance for a movie, I can come to you? RF:B By all means. I tell people we insure everything but roller coasters!

PGN: How did you get into the bar business? RF: I was friends with the former owner, Rand [Skolnick], and one night I jokingly told him to call me if he ever needed any help. He took me up on it one night out of the blue and asked me to come over and help him. I got thrown into a 12-hour shift for my first experience. It was hard but fun, and I’ve been hooked ever since.

PGN: You’re duties/activities seem to extend beyond the bar. RF: Yes, I’ve been lucky enough to expand our reach into the community by being on the board of both the chamber of commerce and New Hope Celebrates. It gives me a chance to give back to the community, which I’ve always wanted to do.

PGN: What’s a favorite event that you’ve helped with? RF: Every year we have a fundraiser called “Boys in the Country” that benefits the Mazzoni Center. That’s always fun and we raise a lot of money for a good cause.

PGN: The Raven has a pool. What’s the worst swimsuit disaster you’ve seen? RF: [Laughs.] Oh my, it would probably be more the lack thereof! It’s always a little awkward when you have to tell someone to put a little bit more on in public. We appreciate everyone and don’t want to embarrass anyone, but there are times when we need to make sure everyone is decent.

PGN: Do you have to stay at the hotel to use the pool? RF: No, we have a nominal charge of $5 Monday through Friday and $9 on the weekends. People can also buy a monthly or season pass. We have 150 lounge chairs and a bar and grill poolside.

PGN: For someone who’s never been or hasn’t been for a while, what can they look forward to at The Raven? RF: We have added a dancing area in the front that’s air-conditioned, the pool was recently remodeled and we have a great piano bar and restaurant. Of course, we also have rooms available so it’s kind of one-stop shopping.

PGN: Ever have to fire anyone at work? RF: Many times. I try to do it in a positive manner, just let people know that they’re just not the right fit for us. I want the guests to have the best experience, so if someone doesn’t work, we want to get someone more suitable for hospitality.

PGN: Now for random questions: What’s a job they couldn’t pay you enough to do? RF: I was just talking about this with a friend! There was a dead animal on the side of the road and I said I could never do that job. Picking up roadkill!

PGN: Any hobbies? RF: I love to travel.

PGN: What was your craziest travel incident? RF: I was going to Las Vegas and flying out of Philly. I thought I was being responsible by getting a room in the city so I’d be at the airport nice and early. Since I had a room and wasn’t driving, I figured I’d go out for a drink. I ended up hanging out all night and missing my flight! It’s not fun dealing with the airlines under any circumstances — imagine trying to rebook a flight with a hangover!

PGN: Most unusual object in your house? RF: My cousin inherited my uncle’s house and she and I live there together. My uncle has a mounted deer’s rear on the wall and she won’t let us take it down!

PGN: So your Facebook status says single. Do you want to settle down and get married someday? RF: I guess so, but I’m really enjoying my single life. Right now my priority is on friends, family and my career.

To suggest a community member for “Professional Portrait,” write to [email protected] . 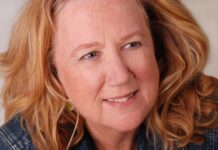 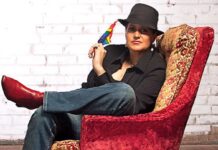 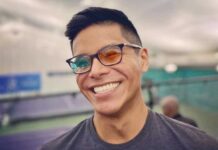