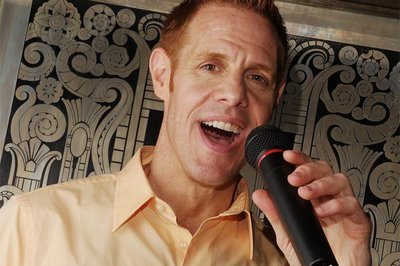 Quince Productions is promising a “very gay” series of shows this year when the company returns to the Red Room at Society Hill Playhouse for its third annual “Full House: A Series of Cabarets” June 23-26.

One of those performers is Andrew J. Terranova, who is making his professional cabaret debut in the series with “You’re Gonna Hear From Bea.”

“It’s a tribute to the late great Bea Arthur, who I’m a huge fan of,” Terranova said. “I felt that she’s a little underdone. Betty White is extremely popular right now but for me it was always Dorothy on ‘The Golden Girls’ or Maude. I admire Bea Arthur as a person. She was a huge advocate for women’s rights, for civil rights and for gay rights. She was a huge supporter of PETA. She was just a down-to-earth human being who was very selfless. Not only was she a great person, but also she was just so funny. She had razor-sharp comic timing. She has a pretty decent singing voice. She’s the kind of performer who, everything she does on stage, she puts her stamp on it.”

Another performer, LT Zerone, is performing his show, “Have I Got a Story for You,” a musical journey from youth to adulthood, which deals with coming out, navigating the world of gay dating and relationships and self-discovery.

“In planning this show, I decided to do a retrospective looking back at life from high school going forward,” Zerone said. “I have to admit I hit a milestone this year. I hit the 50 mark. It was sort of a genesis of realizing I got a really bad unsolicited piece of mail from AARP, which really pissed me off. I thought maybe we’ll focus on that — have a little fun with it. I’ve gone back and I wanted to focus on more modern singer-songwriter-type songs. It’s not your typical kind of Broadway stuff; it’s songs that tell a story. There are not a lot of heavy ballads in the show. What I did was I found a lot of songs that I identify with, either in experiences I’d been through or people I’ve known.”

Zerone has got a lot to live up to, as his performance at last year’s “Full House” was the biggest draw of the series.

“It’s all a team effort,” he said. “But to be quite honest, I’m competitive in nature and I like to make sure I put through my best effort as far as attendance. I think the other thing that I have going for me is that I don’t perform a lot. A lot of these guys perform a lot. So I think it gets hard to ask your friends to come see you every five seconds. But I have a lot of supportive friends, which is really great.”

Terranova said he’ll try to catch all the shows in the series this year.