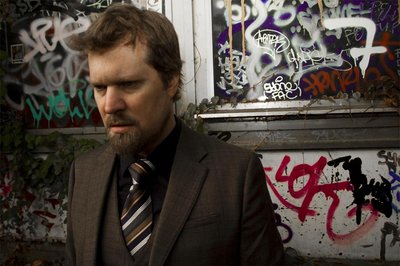 John Grant is no stranger to performing, but these days he’s doing it as a solo act.

The out singer-songwriter formed The Czars in 1994 in Denver and, after a decade and a handful of albums, the rest of the group splintered, leaving Grant as the only original member.

Grant soldiered on under the band name for a while before going finally solo and releasing his debut album, “The Queen of Denmark,” this year.

“I just wanted to get rid of that memory and start something new,” he said about abandoning the group name. “For me, The Czars ended up being such an overwhelmingly negative experience that I just wanted to be done with it and move on. I kept the name for a while because I wanted to prove that I could because there were members of the band saying, ‘You can’t do this. I’ll sue you.’ Well, I formed the group, I made up that name and I can use it if I want to. So I think I did that out of stubbornness. It was a childish thing to do because it was important for me to move on.”

And move on he did. “The Queen of Denmark” overflows with songs alternating between lush intimate balladry and pop-rock theatrics.

“I can do whatever I want,” he said about the contrast between his work with The Czars and his solo effort. “It all revolves around me. It’s hard to talk about personal stuff with a band because people are like, ‘Well, that has nothing to do with us.’ So I guess I felt uncomfortable saying a lot of things with The Czars. But I also didn’t know how to say a lot of things back then either. I guess the freedom of being on your own makes it possible to look at things that you couldn’t before.”

One of those things was growing up gay in an antigay environment, which Grant sings about in “Jesus Hates Faggots.”

“I grew up in a very strict Christian home and, when I came out, it was very difficult because I had been taught for a long, long time that people like me are sick and that they’re going to hell and they’re inferior as people,” he explained. “So that’s how I felt and it made me angry for years. It makes me angry that I took so long to realize I have the same rights as other people do and that I’m not inferior to other people because of this. I just started thinking about what religion means to a lot of people are just like [adopting a thick Southern drawl], ‘Well, you know, I don’t like Rice Crispies, so I guess Jesus doesn’t like Rice Crispies either. And I don’t like faggots neither, so he don’t.”