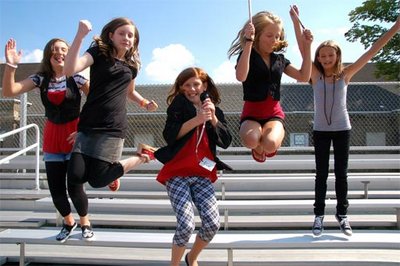 THEATER
Carrie Brat Productions presents out actor Erik Ranson playing the titular role in the stage version of this horror classic, through Nov. 7 at Underground Arts at the Wolf Building, 340 N. 12th St.; (215) 627-2577.

Ghost-Writer Arden Theatre Company presents the story of a dead novelist and his secretary, who is still taking dictation from him, through Nov. 7, 40 N. Second St.; (215) 922-1122.

Run, Mourner, Run Flashpoint Theatre Company and out playwright Tarell Alvin McCraney present the story of a poor young man from a rural community in North Carolina who is suddenly thrust into a power struggle between the two richest men in town, through Nov. 20 at Second Stage at The Adrienne, 2030 Sansom St.; (215) 568-8077.

Silverhill InterAct Theatre Company presents a new drama about a self-supporting utopian community whose well-being is challenged by capitalism, through Nov. 14, on the Mainstage of The Adrienne, 2030 Sansom St.; (215) 568-8077.

The Threepenny Opera Arden Theatre Company presents the outrageous musical in which whores and thieves prowl the streets of London, through Nov. 7, 40 N. Second St.; (215) 922-1122.

EXHIBITS
Art of the American Soldier The National Constitution Center presents the world-debut exhibition of over 15,000 paintings and sketches created by 1,300 American soldiers in the line of duty, through Jan. 10, 525 Arch St.; (215) 409-6895.

Cleopatra: The Search for the Last Queen of Egypt The Franklin Institute presents an exhibition of 150 artifacts from Egypt, through Jan. 2, 20th Street and the Parkway; (215) 448-1200.

Desert Jewels: North African Jewelry and Photography from the Xavier Guerrand-Hermes Collection Philadelphia Museum of Art presents an exhibition of jewelry and historic photographs from Algeria, Libya, Morocco, Egypt and Tunisia, through Dec. 5, 26th Street and the Parkway; (215) 763-8100.

Eakins on Paper: Drawings and Watercolors from the Collection Philadelphia Museum of Art presents an exhibition of 10 rarely seen drawings and watercolors that survey the early work of Thomas Eakins, through December, 26th Street and the Parkway; (215) 763-8100.

A Glimpse of Paradise: Gold in Islamic Art Philadelphia Museum of Art presents an exhibition exploring the unique status of gold in Islam through a small group of objects drawn from the museum’s collection, through April 2011, 26th Street and the Parkway; (215) 763-8100.

Pleasures and Pastimes in Japanese Art Philadelphia Museum of Art presents an exhibition of costumes, masks and poetry exploring the ways in which leisure time was interpreted across all social classes in Japanese art, through January, 26th Street and the Parkway; (215) 763-8100.

The Visionary State: A Journey Through California’s Spiritual Landscape University of the Arts hosts an exhibition by photographer Michael Rauner taking the viewer on a tour of California’s more eccentric religious movements, through Dec. 10 at Gallery 1401, 15th floor of Terra Hall, 211 S. Broad St.; (215) 717-6300.