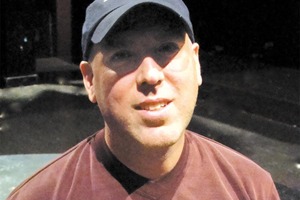 Weiss, co-owner of Woody’s and the president of the board of Voyeur, agreed to a plea deal June 29, one week before his trial was set to begin. He pleaded guilty to corruptly endeavoring to impede the due administration of the tax code and two counts of aiding and abetting the preparation and filing of false tax returns. He will be sentenced this fall and could face 10-16 months in prison.

Weiss was indicted in January by a grand jury, which accused him of underreporting the earnings from the Palmer Social Club, a nonprofit after-hours club on Sixth and Spring Garden streets, on the club’s 2004 and 2005 tax filings by more than $1.6 million. At that time, Weiss served as the principal operating officer of the club and signed its IRS filings.

A former club employee aided in the investigation and told investigators that Weiss used two separate electronic documents when tallying the club’s earnings, one with the correct amount and one with a lesser figure.

As part of the plea deal, the club, which was also named as a defendant in the case, agreed to give up its tax-exempt status, which it has held for more than four decades. The club also consented to file corporate tax returns for 2004-09 and to pay all back taxes, penalties and interest.

Weiss originally pleaded not guilty to the charges in February.

Weiss and his brother Billy co-own the building in which Voyeur is housed, and that club also functions as a nonprofit social club under the moniker Mayfield Social Club.

The brothers purchased Woody’s from its original owner Bill Wood in 2006.