Pope Benedict XVI just happens to be one of my favorite people. After all, thanks to a column I wrote about him last year, this column was honored as the best newspaper column in America in our circulation category. That column, called “Shut up, Pope,” covered his holiness’ travels through AIDS-ridden Africa spewing abstinence and urging the non-use of condoms — a deadly message in an area of poverty, lack of education and sexual misinformation. We tracked how first local authorities became alarmed, then national and international medical associations and finally several European governments, which included a vote in the Belgian Parliament to condemn the pope and have the Belgian ambassador deliver the message to the Vatican.

But this pope, he just keeps giving. Or, his actions keep coming back to haunt him. In the last few weeks, two major stories have arisen from the Vatican. The first was your average prostitution ring, with the Vatican choir arranging same-sex hook-ups with members of the cardinals’ elite “papal gentlemen-in-waiting” (ceremonial ushers). This should be treated as good news, since it affirms that the Vatican is following good capitalism and what-the-market-will-bear economic strategy.

But the next item can’t be made funny. On March 14, the world learned that when Benedict was archbishop of Munich, Germany, he did as many other bishops have done: He hid a pedophile priest from the police. The language the Vatican uses is “the priest was reassigned after it was discovered that he had abused children.” At first, they even attempted to say that Benedict, the head of that church, was not aware of it, but that misinformation fell apart real quick. And the language “reassign” means hide them in another church and don’t report to the police. That priest, the one reassigned by Benedict, went on to abuse more children.

This is the house of Ratzinger (Benedict’s former name) coming down. It was Ratzinger who, under Pope John Paul II, wrote to the American bishops and ordered them to put all files on pedophile priests in the Vatican embassy in Washington, D.C., where they would have diplomatic immunity. Imagine if you were an organization, like let’s say the Boy Scouts of America, that knew it had thousands of leaders molesting youth members and the president hides the files where police can’t get at them. That would be a massive crime of hiding evidence. And Benedict attempted to do it on a grand scale. And why? In the 10 years since the issue of child sex abuse by priests has surfaced here in the U.S., it is estimated by survivor organizations that over 500,000 individuals have come forward. Oh, and here’s another note for those who put their hard-earned dollars in the collection plate every Sunday: The cost of the U.S. litigation and settlements has totaled $2 billion thus far. And now the scandal is taking flight. The top cardinals in Ireland and Germany both issued apologies in the last week as scandals grow in their countries, while Spain, Italy and Brazil are just beginning to acknowledge they “may” have a problem. And the man on top of this sea of abuse, well, he issued an apology himself, but it was underwhelming in scope.

Which brings us back to the title of this column. If you are not going to be forthcoming with the 100,000s of victims, just shut up. Dragging your feet just creates more pain for those who have suffered all these years. In fact, why don’t you do what you urge your parishioners to do: come clean and confess?

Catholics should not lose faith in their religion, only in the man sitting in the CEO chair in the Vatican. Catholics should expect him to show leadership and not hide behind his robes. Catholics deserve a well-run church, but unfortunately, the current CEO, Pope Benedict, seems to have lost his way, and his moral leadership is questionable. 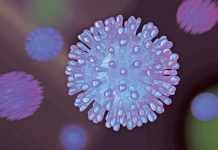