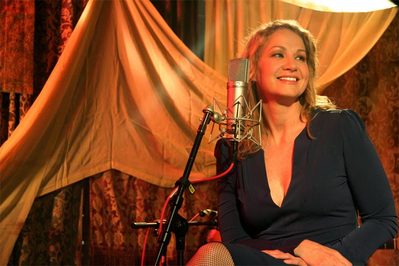 Neil Simon’s Rumors, A Farce The Players Club of Swarthmore Theater presents a production full of evasions, lies, slamming doors and assumed identities, culminating in a wildly implausible explanation of the whole tangled plot to a skeptical policeman, through Sept. 26, 614 Fairview Road, Swarthmore; (610) 328-4271.

Welcome to Yuba City Pig Iron Theatre Company presents an absurd performance work presenting fragments of mythic America in an outpost on the edge of civilization, through Sept. 19 at The Festival Theatre at the Hub, 626 N. Fifth St.; (215) 413-1318.

Who Will Carry the Word? Philly Fringe presents the poetic, heartbreaking play based on the memoirs of Holocaust survivor Charlotte Delbo, through Sept. 26 at Second Stage at Adrienne Theater, 2030 Sansom St.; (215) 413-1318.

EXHIBITS The Art of Japanese Craft: 1875 to the Present The Philadelphia Museum of Art presents an exhibition surveying the rich diversity of 20th-century Japanese craft, through Oct. 18, 2600 Benjamin Franklin Pkwy.; (215) 763-8100.

Henri Matisse and Modern Art on the French Riviera The Philadelphia Museum of Art presents an exhibition of art inspired by the Mediterranean vacation spot, through Oct. 25, 2600 Benjamin Franklin Pkwy.; (215) 763-8100.

For the Bible Tells Me So Dan Karslake’s provocative, entertaining documentary about homosexuality and scripture is screened at 2 p.m. Sept. 20 at First Unitarian Church of Philadelphia, 2125 Chestnut St.; (215) 563-3980.

My Big Break Bryn Mawr Film Institute presents a controversial documentary offering a fascinating glimpse into the lives of five roommates as they try to make it in the movie business, 7:30 p.m. Sept. 23, 824 W. Lancaster Ave., Bryn Mawr; (610) 527-9898.