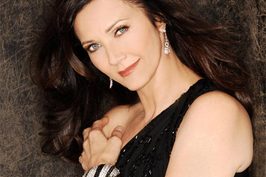 THEATER Broadway: A Celebration — An Original Revue Dramateurs at The Barn present a collection of Broadway music and a stroll through the years and musicals that have become part of history, through Sept. 13 at The Barn Playhouse, Christopher Lane and Rittenhouse Boulevard, Jeffersonville; (610) 539-2276.

Dangerous Corner Langhorne Players present a fascinating combination of mystery and psychological study involving the story of how a dead man disrupts his family and friends, until every character and relationship is tested and revealed to be other than it appears, through Sept. 12 at Spring Garden Mill, Tyler State Park, Route 332, Newtown; (215) 860-0818.

A History of Shit: Manson in Thebes Philly Fringe and Theater of the Evangelical Scientific Revolution present the North American premiere of a play exploring and deconstructing the American obsession with Charles Manson as a counterculture icon, Sept. 11 at First Unitarian Church, 2125 Chestnut St., and Sept. 17 at The Rotunda, 4014 Chestnut St.; (215) 413-1318.

Neil Simon’s Rumors, A Farce The Players Club of Swarthmore Theater presents a production full of evasions, lies, slamming doors and assumed identities, culminating in a wildly implausible explanation of the whole tangled plot to a skeptical policeman, through Sept. 26, 614 Fairview Road, Swarthmore; (610) 328-4271.

Welcome to Yuba City Pig Iron Theatre Company presents an absurd performance work of fragments of mythic America in an outpost on the edge of civilization, through Sept. 19 at The Festival Theatre at the Hub, 626 N. Fifth St.; (215) 413-1318.

Zombie! The Musical Philly Fringe presents a production inspired by classic horror films and cult musicals, following a mad scientist, a surly sheriff, a pair of young lovers and a zombie hunter as they try to survive in a world overrun by zombies — and sing about it, through Sept. 11 at Plays and Players Theatre, 1714 Delancey Place; (215) 413-1318.

The LOFT Series: “The Past is Not Present: The New Music Industry” New York Songwriters Circle presents a panel discussion on how unsigned indie artists can make strides in their career, 8 p.m. Sept. 15 at World Cafe Live, 3025 Walnut St.; (215) 222-1400.

EXHIBITS Adventures in Modern Art: The Charles K. Williams II Collection The Philadelphia Museum of Art presents an exhibition drawn from the personal collection of this distinguished archaeologist and director emeritus of the Corinth excavations of the American School of Classical Studies at Athens, through Sept. 13, 2600 Benjamin Franklin Pkwy.; (215) 763-8100.

Urban Scuba Live Art presents the newest creation from out choreographer Brian Sanders, using wild illusions created with movement and fantastical costumes over water, resulting in humor and extreme physicality, through Sept. 13 at the pool at the Gershman Y, 401 S. Broad St.; (215) 413-1318.

AUDITIONS “Oliver” casting call for local pooch Walnut Street Theatre is casting an English or American Staffordshire Terrier, English or American Bulldog or American Pit Bull terrier with a white or mostly white coat, 1 year or older, to be featured eight shows a week from Nov. 10-Jan. 10. Auditions are from noon-2 p.m. Sept. 15, 825 Walnut St. E-mail [email protected] with the subject “Dog Auditions” to schedule an audition, and include a photo of the dog as well as your name, phone number and address.