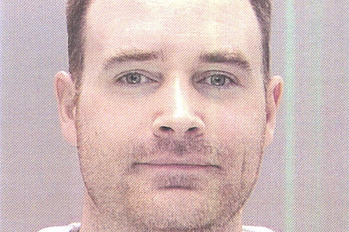 Last month, when an Idaho judge imposed a life sentence on Jeffrey J. Marsalis for raping a young lesbian, many Philadelphians reacted to the news with approval.

Marsalis, 36, a former city resident, had been described by Philadelphia police as the worst serial rapist in the city’s history. But because he knew his local victims before allegedly raping them, it was difficult to get him convicted of rape, police said.

“When you’re talking about acquaintance rape, it sometimes turns into a he-said, she-said for the jurors,” explained Capt. John R. Darby of the Philadelphia Police Special Victims Unit. “Questions may come up about the consensual nature of the act.”

It wasn’t until last month — four years after Marsalis moved to Sun Valley, Idaho, and raped a 21-year-old lesbian — that he finally was sentenced for raping someone.

The victim, known as “Jody” in published reports, declined to comment for this story.

She received praise from law-enforcement officials in Pennsylvania and Idaho.

“She did an awesome job and held her own in facing down her attacker at trial,” said Jim J. Thomas, Blaine County [Idaho] prosecuting attorney. “I am very proud of her.”

“She was very courageous and stayed the course,” said Sun Valley Assistant Police Chief Mike Crawford. “Her story was always consistent. She was a very reliable witness.”

In 2006 and 2007, 11 local women pressed charges against Marsalis in two highly publicized trials. The women said their rapes occurred between 2003-05 in Philadelphia and Northampton counties.

But Darby believes Marsalis raped many more women who didn’t press charges. “In regards to the numbers, he’s the worst we’ve had,” Darby said, stopping short of citing a specific number of victims.

“He presented this façade of a stand-up guy, someone in the community who wouldn’t be a threat,” the captain said.

Citing other evidence in the Philadelphia cases, Darby said Marsalis also may have drugged many of his victims, so they wouldn’t have a clear memory of any rapes.

But after two local trials, Marsalis was convicted of two felonies and a misdemeanor on charges of sexual assault and unlawful restraint. There was no mandatory minimum for the convictions, and Marsalis could have been sentenced to probation.

However, about two years earlier, Marsalis had raped the Idaho lesbian. Police believe that incident helped convince Common Pleas Judge Steven B. Geroff to impose the maximum sentence of 10-and-a-half to 21 years in state prison for Marsalis.

Geroff was on vacation this week and unavailable for comment.

But Hurlbutt also crafted the sentence to permit Marsalis to seek parole after serving 22 years in prison — first in Pennsylvania, then in Idaho.

“In Philadelphia, several victims continued to have a relationship with [Marsalis], even after he allegedly raped them,” Crawford said. “That definitely was a hurdle to overcome in securing a rape conviction. In our case, it was totally different. Our victim went directly to the hospital as soon as she was feeling well enough to go there. At that time, she consented to a rape kit, which linked Mr. Marsalis to her rape.”

“All but one of his accusers didn’t have any belief they were drugged and raped until they were contacted by law enforcement,” Hexstall told PGN. “It’s a logical inference that something was suggested to them. I haven’t seen anything produced in discovery to think otherwise.”

But Crawford refuted that claim. “Everyone, including the FBI, conducted professional, forensic interviews,” the assistant chief said. “There were no leading questions. The integrity of everyone’s statements was maintained.”

“It was a combined effort of all the women who had to undergo this experience with Mr. Marsalis that brought about the ultimate sentence of life imprisonment,” Fredback said. “Without the determination and courage of Jody, we never would have been able to get a conviction in the Idaho case. And the victims that came forward in Philadelphia also contributed to keeping Mr. Marsalis behind bars, potentially for the rest of his life.”

Darby expressed hope that other victims won’t be deterred from coming forward because of the difficulty in securing the rape conviction against Marsalis.

“As daunting as the task might seem, victims of sexual assault need to come forward,” he said. “Yes, I wish it didn’t take so many victims before we got this guy behind bars. That’s the disappointing side of this. But the persistence paid off. Ultimately, the system worked.”

“The fact that Mr. Marsalis raped Jody so close to his first trial date was instrumental in our getting him held without bail,” Khan said. “Since October 2005, when he raped Jody, Mr. Marsalis has never been on the street, able to rape someone again. I know how impressed and grateful the local victims are for Jody’s persistence. They’re universally grateful to her for her courage in seeing this through, after so many years.”