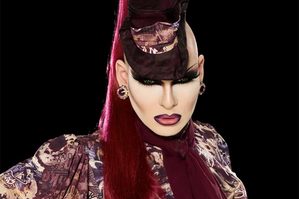 End Days People’s Light and Theatre Company presents an outrageous comedy about acceptance and the importance of family ties, with “guest appearances” by Jesus and Stephen Hawking, through Aug. 3, 39 Conestoga Road, Malvern; (610) 644-3500.

Respect: A Musical Journey of Women Act II Playhouse presents a high-energy celebration of just how much women have changed, using the best songs of the past 100 years, through Aug. 2, 56 E. Butler Ave., Ambler; (215) 654-0200.

Say Goodnight Gracie: The Life, Laughter and Love of George Burns and Gracie Allen Renowned Broadway actor Joel Rooks reprises his critically acclaimed role of George Burns in the Tony-nominated play, through July 18 at the Robert Shackleton Playhouse of the Cape May Stage, 31 Perry St., Cape May, N.J.; (609) 884-1341.

The Tempest The Shakespeare Theatre of New Jersey presents William Shakespeare’s magical and mysterious romance, through Aug. 2 at the Greek Theatre on the campus of the College of St. Elizabeth, 2 Convent Road, Morris Township, N.J.; (973) 408-5600.

EXHIBITS The Art of Japanese Craft: 1875 to the Present The Philadelphia Museum of Art presents an exhibition surveying the rich diversity of 20th-century Japanese craft, through Oct. 18, 2600 Benjamin Franklin Pkwy.; (215) 763-8100.

Frenz Fleisher/Ollman presents an exhibition of works selected by Will Oldham, the prolific singer-songwriter who records and performs under the moniker Bonnie Prince Billy, through the end of summer, 1616 Walnut St., Suite 100; (215) 545-7562.

Hello! Fashion: Kansai Yamamoto 1971-73 The Philadelphia Museum of Art presents an exhibition of the work of one of the founding fathers of Japanese contemporary fashion, through July 31, 2600 Benjamin Franklin Pkwy.; (215) 763-8100.

BOOKS Harold Varmus The Nobel Prize-winning cancer biologist, co-chair of President Barack Obama’s Council of Advisors on Science and Technology and author of “The Art and Politics of Science” hosts a reading at 7:30 p.m. July 14 at Central Library, 1901 Vine St.; (215) 686-5322.