There are just so many topics that could go in this space this week. Should we discuss the Philadelphia Gay Tourism Caucus annual event, Liberty City’s endorsement meeting, the William Way LGBT Community Center Indigo Ball preview party at the Starr Group headquarters or the teleconference with the U.S. Small Business Administration for gay businesses held in coordination with our very own Independent Business Alliance? All of this took place in the last few days … and all were very successful. And this weekend, we have Gay Day at the Zoo, the Mr. Gay Philadelphia contest, a Sapphire Fund event, the City of Brotherly Love Softball League season opener and a performance of “Passing By” to benefit the local gay journalist organization. And I will attend most. It’s true: We have a very active and engaged community.

Or I could discuss my personal project, “Buy Gay in the Gayborhood.” I’m happy to tell you that we here at PGN are putting the finishing touches on a full-fledged campaign and most of the businesses in the community have signed up, but you’ll hear more about that in the coming weeks. Last weekend, in keeping with the spirit of the program, we had brunch at Knock and drinks at 12th Air Command. We shopped in the great retailers along 13th Street and went to the Edward Albee show at the gay-friendly Philadelphia Theatre Company’s Suzanne Roberts Theatre. By the way, that theater is a treasure.

I think there already has been enough discussion about gay marriage — or, as I’d rather refer to it, marriage equality. But we could discuss the LGBT families welcomed to the White House by President Obama or New York’s governor announcing that he’s introducing a marriage-equality bill in that state.

But with all this success around us, there is someone trying to keep Pennsylvania in the 17th century: Philadelphia Cardinal Justin Rigali. He and the Pennsylvania Catholic Conference lobby organization in Harrisburg are the major stumbling blocks for gay-rights legislation passing in Pennsylvania. Now mind you, more enlightened Catholic cardinals have already announced their support for civil rights. This week, New York Archbishop Timothy Dolan stated his objection to same-sex marriage, but also stated his support for gay civil rights and nondiscrimination. But Rigali is too afraid to utter a word — and just orders his lackeys to fight for discrimination. 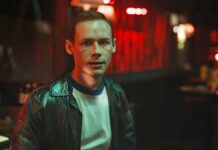