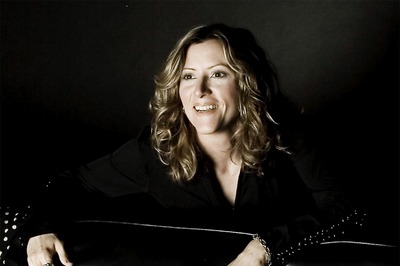 Born Yesterday The Walnut Street Theatre presents one of America’s original screwball comedies about a business tycoon who goes to Washington, D.C., to break into the “special-interest” business with an ethically challenged senator, through April 26, 825 Walnut St.; (215) 574-3550.

The Berenstain Bears’ Family Matters If you have small children and you want to teach them stuff without actually having to talk to them, point their cherub-like faces at this show based on the successful book characters, through April 4 at Walnut Street Theatre, 825 Walnut St.; (215) 574-3550.

Criminal Hearts The Walnut Street Theatre’s Innovation Studio on 3 presents a screwball comedy about a burglar and a jilted wife hatching a plot for revenge, through April 19, 825 Walnut St.; (215) 574-3550.

A Few Good Men Ritz Theatre Company presents the story of military lawyers at a court-martial who uncover a high-level conspiracy in the course of defending their clients, through April 4, 915 White Horse Pike, Oaklyn, N.J.; (856) 858-5230.

Flatterers of Dionysis Pneuma Breath of Life Productions presents the story of the esteemed scholar who lives homeless on a park bench following a crisis of conscience, April 5-12 at Adrienne Theatre, 2030 Sansom St.; (215) 563-4330.

Iron Kisses The heartfelt and often funny exploration of the relationships between parents and children runs through April 5 at Act II Playhouse, 56 E. Butler Ave., Ambler; (215) 654-0200.

The Vagina Monologues Ethical Society of Philadelphia presents the popular production to benefit Women Against Abuse, which runs the city’s only shelter for abused women, through April 5, 1906 S. Rittenhouse Square; (215) 735-3456.

A Year with Frog and Toad Arden Theatre Company presents the revival of the smash-hit musical based on the Newbery- and Caldecott-honored children’s books by Arnold Lobel, through April 19 at 40 N. Second St.; (215) 922-1122.

Previn Plays and Conducts The Philadelphia Orchestra presents conductor André Previn highlighting his talents as conductor and, for the first time since 1969, as orchestral soloist at 8 p.m. April 4 at Kimmel’s Verizon Hall, 260 S. Broad St.; (215) 790-5847.