When 24-year-old Meghan McCain took on right-wing pundit Ann Coulter, it was only a matter of time before the backlash hit.

McCain, a budding journalist, is viewed by many as the youth voice of the Republican Party. The 2007 graduate of Columbia University writes for Tina Brown’s “The Daily Beast” and calls herself a “progressive Republican.” She supports gay marriage and stem-cell research and explains that her ideology differs from other Republicans in many areas. She formerly identified as an independent and cast her first vote for John Kerry in 2004, but campaigned for her father in 2008.

Last week, McCain asserted that Coulter, long the female face of conservatism, has “perpetuated negative stereotypes about Republicans.” She said Coulter — who called Hillary Clinton a lesbian and John Edwards a faggot, asserts that President Obama is a Muslim and calls liberals “godless” — was “too extreme.”

McCain said, “I find her offensive, radical, insulting and confusing — all at the same time.”

She also declared the cult of personality that followed Coulter was possibly spurred by the fact that Coulter’s behavior was “like watching a train wreck.”

McCain’s comments came after she saw Coulter debate with libertarian talk-show host Bill Maher. (The two long-time friends, despite their political differences, have been giving a debate tour.)

Coulter did not respond to McCain, but right-wing talk-show host Laura Ingraham did. Ingraham called McCain “just another Valley Girl gone awry” and joked that McCain didn’t get a role on “The Real World” because “they don’t like plus-sized models.”

Prior to making that declaration, which brought huge applause from the audience, McCain asserted that Ingraham had proven her point about the negativity of conservative punditry by turning the political discourse she had started into a personal attack on looks.

All Ingraham could counter was, “She’s a useful idiot.”

Whether one agrees with McCain’s politics or not, her points about personal attacks are irrefutable. Targeting a woman’s looks as a way to diminish her words is not a new tactic. That women are doing it to other women, however, is disturbing.

The question McCain posed to the audience was, What do a woman’s looks have to do with her political perspective?

The answer, obviously, is nothing. But the best way to change the subject is to say the female speaker has no gravitas because she is unattractive. Case closed. Only the beautiful get a voice.

But McCain, an attractive young woman who is attempting — rightly or wrongly — to bring relevancy to a party made irrelevant precisely because of the extremist, hate-mongering politics of people like Coulter and Ingraham, is now also trying to speak for those girls and women who struggle with their weight. As she told the women on “The View,” she’s battled with weight since childhood, but has adjusted to the reality that she’s a size 8, not a size 0, like Coulter. But she also said the hyper-focus on weight was a distraction from issues that need to be addressed.

What the McCain/Coulter/Ingraham fight revealed was, alas, not new: Demeaning women who have something to say that is independent from the — in this case, Republican — mainstream is the easiest way to silence them.

As politic gets rougher and more polarized, the attacks will come faster and more furiously. But McCain said what needed to be said: The incivility of extremism doesn’t further political discourse. That Coulter failed to respond and Ingraham had to rely on schoolyard-style bullying makes it clear that McCain was right in her assessment. 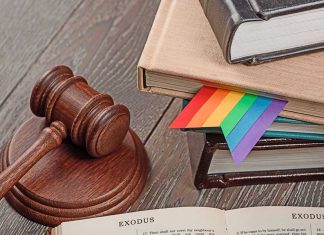