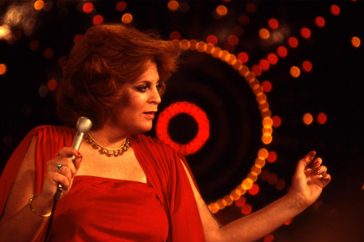 Born Yesterday The Walnut Street Theatre presents one of America’s original screwball comedies ,about a business tycoon who goes to Washington, D.C., trying to break into the “special-interest” business with an ethically challenged senator, through April 26, 825 Walnut St.; (215) 574-3550.

The Berenstain Bears’ Family Matters If you have small children and you want to teach them stuff without actually having to talk to them, point their cherub-like faces at this show, based on the successful book characters, through April 4 at the Walnut Street Theatre, 825 Walnut St.; (215) 574-3550.

A Few Good Men Ritz Theatre Company presents the story of military lawyers at a court-martial who uncover a high-level conspiracy in the course of defending their clients, through April 4, 915 White Horse Pike, Oaklyn, N.J.; (856) 858-5230.

The Irish and How They Got That Way The Kimmel Center hosts an irreverent but affectionate history of the Irish in America that mingles laughter and sentiment in a tapestry of classical songs and stories, as told by Pulitzer Prize-winning author Frank McCourt, through March 29 at Kimmel’s Innovation Studio, 260 S. Broad St.; (215) 790-5847.

Iron Kisses The heartfelt and often funny exploration of the relationships between parents and children runs through April 5 at Act II Playhouse, 56 E. Butler Ave., Ambler; (215) 654-0200.

The Karma Cookie 1812 Productions presents a comedy following two British brothers around the globe on their quest for enlightenment … sort of, through March 29 at The Adrienne Theatre, 2030 Sansom St.; (215) 592-9560.

A Year with Frog and Toad Arden Theatre Company presents the revival of the smash-hit musical based on the Newbery- and Caldecott-honored children’s books by Arnold Lobel, through April 19 at 40 N. Second St.; (215) 922-1122.

DANCE Philadelphia Liberty Dance Challenge North American Same-Sex Partner Dance Association presents a same-sex dance exhibition, open to all levels of dancers of all ages, with a portion of the evening proceeds, including a silent auction, benefiting the Sapphire Fund, at 9 a.m. and 1 and 7:30 p.m. March 28 at the Pennsylvania Convention Center, 1101 Arch St.; (215) 418-4700.

Philly Roller Derby Double Header Bout The Philthy Britches take on the Hustlers and the Board Street Butchers go up against the Heavy Metal Hookers from 5-9 p.m. March 28 at The 23rd Street Armory, 22 S. 23rd St.; www.phillyrollergirls.com.