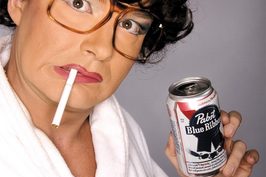 With spring upon us and summer approaching, what better way to celebrate the warm weather than with a trip to the Jersey shore?

One New Jersey organization is inviting LGBT communities from around the region to the shore next month for a weekend of comedy and cabaret.

GABLES, a Cape May LGBT organization, will host its second-annual Diversity Weekend April 3-4 at various locations throughout the South Jersey shore town.

The weekend will feature an array of entertainment options, with proceeds benefiting GABLES, which has served the area’s LGBT community since 1995.

GABLES member Tommy Raniszewski, who coordinated the entertainment for the event, noted that not all of the performers are LGBT and that last year’s audience represented a wide range of the LGBT and ally communities.

“Last year our emcee Adam Sank said to me shortly before he went on stage, ‘OK, so this is going to be an all-gay crowd?’ and I said, ‘No, it’s going to be about 50/50, and even the gay audience will be half gay men and half lesbians,’” he said. “He was very impressed that a small town like Cape May was able to provide an audience with such diversity. Even in New York at gay functions, you usually just see a gay crowd, but that’s not what it was here. All of the performers last year were very impressed with that.”

At 2 p.m. Saturday, GABLES members and supporters will attend a performance of openly gay Cape May native Bradley Vile’s play “Fostered Ideal” at Cape May Stage’s Robert Shackleton Playhouse. Following the production, the organization will sponsor the screening of the short film “Kali Ma,” the story of an Indian mother’s efforts to protect her gay son.

Although Diversity Weekend is billed as a fundraiser, Raniszewski said the inaugural Diversity Weekend was more of an “effort of love” as opposed to a major fundraising opportunity, and that while the group is looking to raise as much as it can during the upcoming event, it’s more focused on uniting the regional LGBT and ally communities.

“Our goal is first and foremost to present the diversity of the community, both gay and straight, and just be out there, be visible and be a presence,” Raniszewski said. “Whatever we can make is welcome, but we’re thrilled just to have the visibility and continue the work that we’re doing.”

GABLES is gearing up to publish its annual LGBT directory in May, which provides extensive resources for New Jersey’s LGBT community. The organization hosts a monthly social and will hold its 14th annual charity auction for the South Jersey AIDS Alliance and Volunteers in Medicine tonight at 7 at Congress Hall, 251 Beach Ave.

Raniszewski encouraged Philadelphians to make the less-than-two-hour trip to Cape May for Diversity Weekend to not only take in the sights and sounds of the performances but also to relish in the tranquility of the town before the summer season hits.

“We have a lot of visitors from the Philadelphia area who vacation here in the summer, and this is a great time for people to come down here. The summer crowds haven’t arrived yet, but it’s spring now, so everything’s starting to open up and Cape May is just one of the prettiest seashore towns in New Jersey.”

Tickets to the Diversity Weekend Cabaret are $25. For more information or to purchase tickets, visit www.gablescapemay.com.