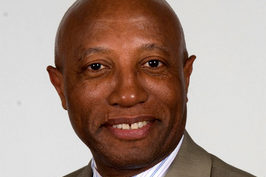 East Stroudsburg University is facing a lawsuit over the university’s handling of sexual-harassment allegations made against a former top administrator.

One current and five former ESU students filed a civil suit Feb. 12 against the school and several of its officials, claiming the university tried to cover up allegations that its former vice president of advancement, Isaac Sanders, sexually harassed the students.

ESU, located about two hours outside of Philadelphia in the Pocono Mountains, has a student body of about 6,800 and is one of 14 state-funded universities.

The suit alleges that Sanders, 50, forged friendships with the students, who are all African-American males, and then either pressured or convinced them to perform sex acts with him.

Sanders was hired to the position in 2000. He also managed the ESU Foundation, the $17-million nonprofit fundraising branch of the university.

According to the suit, the alleged abuse began in 2001.

The plaintiffs, who all use their initials in the suit, reported varying degrees of sexual harassment: Plaintiff W.B. alleged that Sanders inappropriately touched his thigh and groin area and tried to persuade him to share a bed with him during a trip, and plaintiff T.H. charges that Sanders physically forced him to perform oral sex on him numerous times in his office.

The suit alleges that Sanders targeted students who “lacked a ‘father figure’ in the family” and “were more vulnerable, socially or physically weaker and less likely to be effective witnesses against him or able to defend themselves against his sexual assaults.”

Many of the plaintiffs were student workers in Sanders’ office, and the students said he took them out to eat, drove them places, invited them to motels, offered to pay their tuition and promised to secure their place in ESU’s graduate school or in jobs. In many of the instances, the students said, Sanders stressed that he had a close personal friendship with ESU president Robert Dillman — which some of the plaintiffs said intimidated them and prevented them from speaking out against Sanders’ alleged abuse.

One of the plaintiffs, F.B., filed a sexual-harassment complaint with the school’s director of diversity and equity, Victoria Sanders (no relation to Isaac), in August 2007, which Dillman instructed her to forward to Arthur Breese, director of diversity and campus mediation. Breese interviewed both F.B. and Sanders, who denied sexually harassing the plaintiff but did admit to supplying him money for food, rent and auto repairs and giving him scholarship money for his tuition. Throughout the course of Breese’s investigation in the fall of 2007, Dillman received four anonymous letters that detailed Sanders’ sexual harassment of students and alleged financial misconduct. Dillman did not share these letters with Breese, but rather passed them along to vice president Sanders.

In January 2008, Dillman informed F.B. that Breese had found insufficient evidence to support his claims of sexual harassment.

Around the same time, members of Sanders’ staff in the advancement office contacted ESU provost Ken Borland, who was serving as interim president while Dillman was on sabbatical, to request another internal investigation regarding potential sexual harassment, but Borland dismissed these claims one month later.

The Pennsylvania State System of Higher Education began its own investigation last summer and ESU terminated Sanders in October. The PASSHE investigation results have not been made public.

Steve Glassman, chair of the Pennsylvania Human Relations Commission, said his agency has also been conducting an investigation into the allegations, but that he could not comment on its status.

The suit requests $50,000 in compensatory damages, as well as damages for humiliation, emotional distress, loss of self-esteem and loss of life’s pleasures.

Al Murray, who is representing the plaintiffs, said the students are not concerned with monetary compensation.

“These young men didn’t file this action because of money; it’s about the principle,” Murray said. “This was a horrific situation, and the fact is that people knew about it for a long time.The students were afraid, and people at the university were afraid to make accusations. Now that it’s very public, that’s going to change.”

Murray said any potential criminal charges against Sanders would have to come from the district attorney’s office.

In addition to Sanders, the suit also names East Stroudsburg University, Dillman, Borland, Victoria Sanders and the board of trustees as defendants.

Douglas Smith, director of university relations, said he was unable to comment on the ongoing litigation.

Calls to the defendants’ attorneys were not returned.

In response to the suit, Isaac Jamison, chair of the board of directors of the ESU Foundation, announced last week that the foundation was going to hire an outside firm to conduct a forensic audit to evaluate any potential financial mismanagement during Sanders’ tenure.

“The board of directors of the East Stroudsburg University Foundation voted to engage an independent certified public-accounting firm to conduct a forensic audit of the foundation’s books and records,” Jamison said during a Feb. 19 press conference. “The board took this action in response to allegations of irregularities in the use of foundation assets made against its former executive director.”

The foundation initially commissioned an audit in the fall that found no evidence of misappropriation of funds.

The forensic audit, however, is a more in-depth process that looks specifically for financial wrongdoing and can include subpoenas of personal bank accounts and check records.