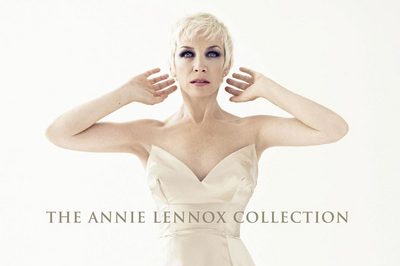 An Annie Lennox greatest-hits package is damn-near impossible to screw up. She has sold enough albums and collected enough awards to make this a slam-dunk and, sure enough, nothing but net!

This collection wisely draws the most from 1992’s “Diva” with five songs, including the most Eurythmics-like track, “Little Bird.” All of her other CDs contribute two songs each to the compilation. The brilliant eclecticism of the “Diva” tracks fit well alongside restrained introspective tracks from “Bare” (“A Thousand Beautiful Things” and “Pavement Cracks”) and the bombastic tracks from last year’s “Songs of Mass Destruction” (“Sing” and “Dark Road”).

Lennox even makes the new tracks worth the effort with the jubilant and upbeat “Shining Light” and the pleasantly laidback “Pattern of My Life.”

This sister is definitely doing it for herself.

Wow, the good people of Def Jam are milking Rihanna’s smash-hit album for all it’s worth. The 2007 album has already spawned eight singles, a deluxe edition, an expanded edition and now a remix album.

The original version of “Good Girl Gone Bad” was electro enough when it came out, but apparently someone saw fit to push deeper into electro-dance territory when some more experimental interpretations would have been a welcome change.

The first track, Seamus Haji and Paul Emanuel’s remix of “Umbrella,” has a propulsive beat that makes it stand out from the rest. The Wildboys’ mix of “Shut Up and Drive” and the Soul Seekers’ take on “Breaking Dishes” are decent as well. But many of the remixes sound uninspired and formulaic.

“The Remixes” is sure to be hot among the DJ set, but this collection wasted an opportunity to explore new territory. Would it have been too much to ask for a neo-soul remix of “Umbrella,” a ballsy punk-rock rendition of “Breaking Dishes” or a trance version of “Rehab”?

It’s such a shame that all the pop princesses are getting so much press these days when there’s a kick-ass group like Von Iva cranking out over-the-top, booty-shaking music that anyone would love to wreck a dance floor to.

The lesbian group’s EP pounds away at your body like an addictive mix of Daft Punk, Gary Numan and Luscious Jackson that never stays in any one particular genre long enough to be pigeonholed. This is aggressive futuristic pop that you just can’t tune out, no matter how hard you try.

The synthesized beats on the anthemic “Living For It” and the frantic “Electricity” are augmented by live disco beats played with punk-ish intensity. “Birds of Prey” and “Guise” bristle with a mid-1980s gothic/new-wave energy.

The six songs on “Girls on Film” just aren’t enough. You are going to want more.

To its credit, this group has a pretty good formula going: a non-threatening mix of David Bowie- and T-Rex-inspired glam, alternative/garage rock and new wave with just a touch of theatrical camp, which the openly gay Dante probably picked up from his onstage work with “The Rocky Horror Picture Show” and “Hedwig and the Angry Inch.”

Rock-star swagger abounds on tracks like “A Madness to His Method,” which proclaims, “I am gorgeous. I am free of disease.”

Not to be outdone, “C Star” asks listeners to “check out my cock” many, many times.

(Put it on the album cover if you’re so impressed by it.)

He really should have saved that line for “Brian, My Darling,” which, rumor has it, was written for Dresden Dolls drummer Brian Viglione.

Tracks like “Photosynthetic” and “Purity of Intent” rock with an urgent authority, while songs like “To a God Unknown” and “The Dreamers” offer a kind of spacey, Beatles-inspired piano balladry that bands like Oasis have been trying to capture for years.

The future looks bright for these starlets.