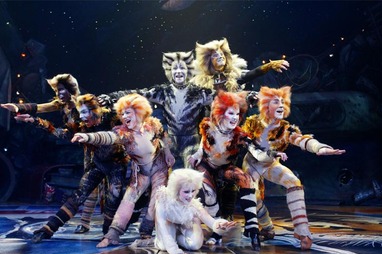 THEATER A Funny Thing Happened on the Way to the Forum The New Candlelight Theatre presents the musical featuring the witty lyrics and toe-tapping tunes of legendary composer Stephen Sondheim, through March 14, 2208 Millers Road, Ardentown, Del. ; (302) 475-2313.

Hugging the Shoulder The Walnut Street Theatre presents the story of a young man who kidnaps his older brother and takes him on a grueling road trip to conquer his heroin addiction, through March 8 at Studio 5, 825 Walnut St.; (215) 574-3550.

The Irish and How They Got That Way The Kimmel Center presents an irreverent but affectionate history of the Irish in America that mingles laughter and sentiment in a tapestry of classical songs and stories, as told by Pulitzer-winning author Frank McCourt, from March 5-29 at Kimmel’s Innovation Studio, 260 S. Broad St.; (215) 790-5847.

Jump/Cut Flashpoint Theatre Company presents the Philadelphia premiere of Neena Beber’s play about a writer/filmmaker couple who document their friend’s mental decline and the unraveling of both, through Feb. 28 at Second Stage at the Adrienne, 2030 Sansom St.; (215) 665-9720.

The Karma Cookie 1812 Productions presents a comedy following two British brothers around the globe on their quest for enlightenment … sort of, from March 5-29 at The Adrienne Theatre, 2030 Sansom St.; (215) 592-9560.

What You Will Bristol Riverside Theatre presents the world premiere of the urban interpretation of Shakespeare’s “Twelfth Night,” directed by Keith Baker and Broadway choreographer Donald Byrd, through March 1, 120 Radcliffe St., Bristol; (215) 785-0100.

A Year with Frog and Toad Arden Theatre Company presents the revival of the smash-hit musical based on the Newbery and Caldecott-honored children’s books by Arnold Lobel, March 4-April 19 at 40 N. Second St.; (215) 922-1122.

Eli VandenBerg The out artist exhibits drawings from two series: “Passing,” which explores gender transition; and “Place and Home,” which focuses on discovering and rediscovering origins, through today at the William Way LGBT Community Center’s Art Gallery, 1315 Spruce St.; (215) 732-2220.

InSights: Devon Dikeou — Marilyn Monroe Wanted to be Buried in Pucci The Galleries at Moore presents a mixed-media installation by New York-based artist Devon Dikeou through March 14, 20th Street and The Parkway; (215) 965-4027.

Yumi Kori: Utatane The Japan-based architect transforms the Goldie Paley Gallery at Moore College of Art using video and sound to create a multi-sensory, interactive environment, through March 14, 20th Street and The Parkway; (215) 965-4027.

Gender and Race in the Post-Election Era: A Media Perspective The League of Women Voters of Philadelphia and the Center for Law and Society at Community College present a panel discussion about the future of gender and race issues in the country, from 6-8 p.m. March 3 at Community College of Philadelphia’s Winnet Student Life Building, 1700 Spring Garden St.; (215) 435-8914.