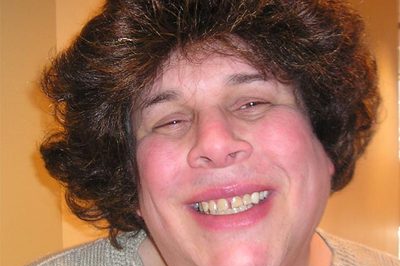 Bobbie E. Burnett has been involved in litigation against her employer, the Free Library of Philadelphia, for the past six years. She’s described the experience as frustrating, depressing and stressful.

But at last she’s beginning to feel a glimmer of hope.

On Jan. 13, the Philadelphia Commission on Human Relations issued three probable-cause findings in her favor. Those findings mean the PCHR determined that library officials probably violated Burnett’s civil rights on at least three separate occasions due to her gender identity.

By issuing the probable-cause findings, the PCHR has paved the road for a public hearing on behalf of Burnett, where library officials would be required to respond to her allegations of abuse and mistreatment.

But Burnett also holds out hope that a settlement will be reached prior to such a hearing, including financial compensation that will enable her to stop working at the library.

“Certainly there’s some hope now,” Burnett said. “But I’ve been so disappointed in the past, it’s difficult for me to be too optimistic.”

Burnett has served as a library assistant for the Free Library for about 17 years. Her take-home pay is about $425 weekly.

The workplace harassment, discrimination and gender stereotyping she complains of started about eight years ago, shortly after she transitioned to the opposite gender, Burnett said.

Her allegations run the gamut, from being hassled about the restroom she could use to being denied work-related courtesies routinely offered to others to having denigrating slurs hurled at her from coworkers and supervisors.

Recently, when she wished a coworker a nice weekend, he responded by saying, “Burn in hell,” according to Burnett.

She’s been transferred to eight different work sites in as many years, she said.

“Most of these transfers were against my wishes, placing me in locations a great distance from my home. In some cases, they were physically unsafe. [Library officials] also tried to place me in areas where I’d have less contact with the general public, especially children.”

She also complains of unfair performance evaluations, uneven enforcement of work rules, a lack of promotional opportunities and an inability to earn the maximum income available to library assistants.

Burnett readily acknowledged that her behavior hasn’t always been perfect. But minor transgressions on her part — tapping a co-worker with a paperback book or making an off-color joke — have resulted in disciplinary measures disproportionate to the incident, she said.

“Sometimes out of stress and depression and frustration, I’ve done things that I wish I hadn’t done,” Burnett noted. “I’ve been suspended without pay on two occasions for minor things, which was unnecessary. Anybody else would have gotten a slap on the wrist. There are no slaps on the wrist for me.”

Sandra Horrocks, a spokesperson for the Free Library of Philadelphia, declined to comment for this story, citing the pending litigation.

Burnett is the first transgender complainant to receive a probable-cause finding from the PCHR since May 2002, when Philadelphia enacted a transgender civil-rights ordinance.

So far, she’s filed four complaints with the PCHR against the library system. Her first three complaints received the probable-cause findings. A fourth complaint has not yet been ruled on.

Rachel S. Lawton, deputy director of compliance for the PCHR, said she could not comment about the open case, but noted that if a public hearing were held, it would be open to all interested parties.

Burnett credited her spirituality for sustaining her.

“God has strengthened me and helped me get through this,” Burnett said. “What [library officials] did to me has been really nasty and horrible. But they didn’t make my life such hell that I’m not alive anymore.”

She also expressed gratitude to the PCHR. “The staff really worked very hard to unearth the truth, and I’m deeply grateful for their efforts.”

Burnett extended particular thanks to her attorney, Kristine W. Holt. “I think we’re very fortunate to have Kristine as an advocate for the LGBT community,” she said. “I’ll always remember what Kristine Holt has done for me.”