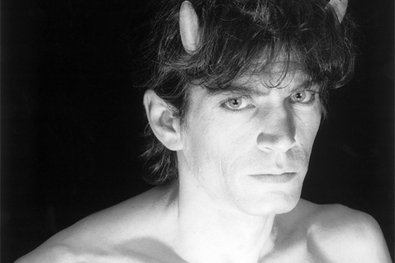 THEATER Altar Boyz The Media Theatre presents the satirical story of a Christian boy band from Ohio dealing with the marketing of religion, the judgments people make toward one another and the fact that everyone should basically be just who they are, through Feb. 15, 104 E. State St., Media; (610) 891-0100.

The Day of the Picnic People’s Light & Theatre Company presents a mysterious new play about a witch doctor’s revenge on the widow of a white missionary 30 years later, through Feb. 15, 39 Conestoga Road, Malvern; (610) 644-3500.

Dying City Amaryllis Theatre Company presents the Philadelphia premiere of a dark drama about the personal and political fallout of war by out Pulitzer Prize finalist Christopher Shinn, through Feb. 22 at The Playground at the Adrienne, 2030 Sansom St.; (215) 564-2431.

Jump/Cut Flashpoint Theatre Company presents the Philadelphia premiere of Neena Beber’s play about a writer/filmmaker couple who document their friend’s mental decline and the unraveling of both, through Feb. 28 at Second Stage at the Adrienne, 2030 Sansom St.; (215) 665-9720.

The Rant InterAct Theatre Company presents a new drama in which the witnesses of the shooting of a young African-American teenager offer varying accounts of the event, through Feb. 22 at the Mainstage at The Adrienne, 2030 Sansom St.; (215) 568-8079.

What You Will Bristol Riverside Theatre presents the world premiere of the urban interpretation of Shakespeare’s “Twelfth Night” directed by Keith Baker and Broadway choreographer Donald Byrd, through March 1, 120 Radcliffe St., Bristol; (215) 785-0100.

Eli VandenBerg The out artist exhibits drawings from two series: “Passing,” which explores gender transition, and “Place and Home,” which focuses on discovering and rediscovering origins, through Feb. 27 at the William Way LGBT Community Center’s Art Gallery, 1315 Spruce St.; (215) 732-2220.

InSights: Devon Dikeou — Marilyn Monroe Wanted to be Buried in Pucci The Galleries at Moore presents a mixed-media installation by New York-based artist Dikeou through March 14, 20th Street and The Parkway; (215) 965-4027.

Saving Face: Portraits from the Collection of Robert Infarinato James A. Michener Art Museum presents an exhibition of iconic portraits of artists and celebrities from the collection of Bucks County resident Infarinato, through March 15, 138 S. Pine St., Doylestown; (215) 340-9800.

Yumi Kori: Utatane The Japan-based architect transforms the Goldie Paley Gallery at Moore College of Art using video and sound to create a multi-sensory, interactive environment, through March 14, 20th Street and The Parkway; (215) 965-4027.

Eddie Bruce: A Salute to Tony Bennett The out bandleader performs a tribute to the music of Bennett, through Feb. 22 at Morgan’s Cabaret at The Prince Music Theatre, 1412 Chestnut St.; (215) 569-9700.