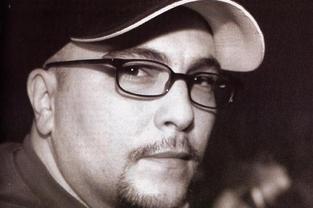 After years of crafting club hits and DJ residencies all over the world, Philadelphia’s Robbie Tronco is set to make his return to the gay club scene with the opening of 101, the city’s newest Sunday night gay party from Bruce Yelk and Nightlifegay. com, at 9 p.m. Feb. 15 at One, 121 S. 19th. St.

“I think it’s going to be fun,” Tronco said, raving about the party and its location. “It’s a 150-year-old mansion. There are many different rooms in there. There’s a lot to do. It’s a sexy room. If you get bored in one room, there are six other rooms. When you walk in there’s going to be a DJ downstairs and upstairs.”

Tronco isn’t blowing smoke about this. This party is primed to come out of the gate with its big club guns blazing with a “hunky bartender contest” hosted by Aeryanah Von Moi, where the winner gets a regular bartending job at the club. The party also promises to feature many of Philly’s familiar LGBT personalities and professionals staffing the event.

But Tronco is definitely going to be one of 101’s main attractions. Having been in the industry since 1975, there probably isn’t a club in the city that the successful and flamboyant (but straight) DJ and producer hasn’t had packed with gyrating masses of partygoers. Adding to the anticipation is the fact that the man behind house hits like 1997’s “Freight Train” hasn’t held down a local gay party since his five-year run at Shampoo Nightclub’s Shaft Fridays ended in 2003 over what he calls “the politics of dancing and the business.”

Tronco hasn’t been completely absent from the area in recent years. He hosts another weekly theme party at One called “Goth-a-billy,” on Tuesdays where the rock-a-billy crowd mixes with the goth crowd, new wavers and other Center City stragglers who happen to wander in.

But Tronco has always had a fondness for the carefree vibe reminiscent of the gay clubs where he cut his DJ teeth, and he is trying to recreate that feel with 101.

“When I started going to gay clubs back in the 1970s, they were fun clubs,” he said. “The music was fun. It wasn’t so drug-drenched and dark. I hear a lot of these DJs playing all this dark music. Let’s make it fun again. Let’s hear some words once in a while. We’re doing a 1970s, ’80s and ’90s flashback thing when you first come in and a lot of local stuff upstairs — uplifting house music.”

As the weekly headliner for the event, Tronco hopes that 101 will be a welcome alternative to some of the more established scenes in Center City.

“We’ll have more of the uptown feel as opposed to the whole Second Street nightmare,” he said. “The Gayborhood is the Gayborhood. When I first started doing parties out of the Gayborhood, it was hard to do to get the gay crowd out. Back then it was more for safety reasons. Now, the gay guys are stronger than the straight guys now. Have you see them lately? I love it.”

Tronco added that he hopes that 101 will attract a wide variety of people from the community.

“Everybody is going to have a good time no matter who comes,” he said. “The music is going to be all over the place. Even if you are not into that, there are a lot of coves in the place where you can have a conversation. So it’s not like a big disco. It’s almost like a big house party … a big gay house party.”

For more information on DJ Robbie Tronco or 101, visit www.myspace.com/djrobbietronco, www.nightlifegay.com or call (215) 563-1038.