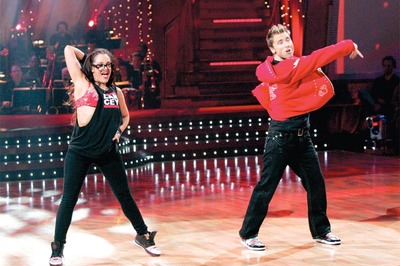 Altar Boyz The Media Theatre presents the satirical story of a Christian boy band from Ohio dealing with the marketing of religion, the judgments people make toward one another and the fact that everyone should basically be just who they are, through Feb. 15, 104 E. State St., Media; (610) 891-0100.

The Day of the Picnic People’s Light & Theatre Company presents a mysterious new play about a witch doctor’s revenge on the widow of a missionary 30 years later, through Feb. 15, 39 Conestoga Road, Malvern; (610) 644-3500.

Dying City Amaryllis Theatre Company presents the Philadelphia premiere of a dark drama about the personal and political fallout from war by out Pulitzer Prize finalist Christopher Shinn, Feb. 10-22, at The Playground at the Adrienne, 2030 Sansom St.; (215) 564-2431.

Jump/Cut Flashpoint Theatre Company presents the Philadelphia premiere of Neena Beber’s play about a writer/filmmaker couple who document their friend’s mental decline and the unraveling of both, Feb. 11-28, at Second Stage at the Adrienne, 2030 Sansom St.; (215) 665-9720.

O Captain, My Captain: Whitman’s Lincoln The Walnut Street Theatre’s Independence Studio on 3 presents the story of two great men with one grand vision for America, through Feb. 8, 825 Walnut St.; (215) 574-3550.

The Rant InterAct Theatre Company presents a new drama in which the witnesses of the shooting of a young African-American teenager offer varying accounts of the event, through Feb. 22 on the Mainstage of The Adrienne, 2030 Sansom St.; (215) 568-8079.

Rent Adam Pascal and Anthony Rapp, stars of the original Broadway production and film adaptation, reprise the roles they made famous in this new tour, through Feb. 8 at Kimmel’s Academy of Music, 240 S. Broad St.; (215) 790-5847.

InSights: Devon Dikeou — Marilyn Monroe Wanted to be Buried in Pucci The Galleries at Moore present a mixed-media installation by New York-based artist Devon Dikeou through March 14, 20th Street and The Parkway; (215) 965-4027.

Yumi Kori: Utatane The Japan-based architect transforms the Goldie Paley Gallery at Moore College of Art using video and sound to create a multisensory, interactive environment, through March 14, 20th Street and The Parkway; (215) 965-4027.