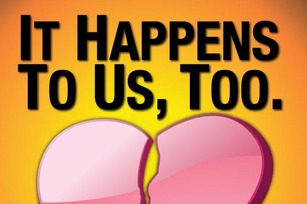 Although domestic violence is typically considered an issue that only heterosexual women are faced with, one local organization is seeking to raise awareness about relationship violence among the LGBT youth community.

Women Against Abuse, which serves nearly 11,000 women and children a year, recently launched an LGBT outreach campaign to educate local youth about the signs of abusive relationships and provide them with adequate resources for assistance.

Azucena Ugarte, education and training coordinator at WAA, said the organization began meeting with focus groups at The Attic Youth Center in late 2007 to assess LGBT youth’s understanding of intimate-partner violence, a term Ugarte said she prefers to use so as not to exclude LGBT couples, or those who are dating but not cohabitating.

“Our idea was to first gather information about how much youth already knew about dating violence,” she said. “We also wanted to see what kind of outreach materials we could develop to best target that community. It was interesting because this was one of the first times that people actually went directly to these youth and sat them down and said, ‘OK, what is your experience?’”

Ugarte said the youth WAA representatives met with exhibited a basic understanding of the physical and emotional signs of IPV.

During one of the focus-group activities, Ugarte and her colleagues asked the youth to move to one side of the room if they agreed with certain statements, such as “Bruises are a sign of IPV” or “I know friends who are in abusive relationships.”

Ugarte noted that when she posed the statement “Some LGBTQ youth are in abusive relationships,” the response was significant.

“Most of them went onto the ‘disagree’ side of the room. Their reaction was, ‘Well, yes, some are, but no more than straight people.’ What we found was there was a fear of being stigmatized when talking about IPV,” she said. “They wanted it known that, yes, this is happening, but it’s not because we are gay, it happens everywhere. I think this is something we have to consider and be careful of. This community has been stigmatized so many times, and we don’t want to give them anything else that makes them feel even more stigmatized.”

Ugarte said many of the youth also offered the notion that they did not consider IPV between people of the same sex as serious as opposite-sex abuse.

“For a girl it’s the idea that, ‘Well she’s my girlfriend and we’re equal, so how can she be abusive? I could defend myself if I wanted to.’ For a lot of the youth, it was hard to identify that it’s actually abuse even though it’s between two people of the same sex.”

The youth also expressed reservations about contacting the authorities if abuse was occurring because of fear of LGBT discrimination or of having to out themselves to family or friends.

“If a young man calls the police when his boyfriend is beating him up, the police are not going to react in the same way as if it were a girl calling. A lot of these youth think, ‘Where am I going to go? Nobody knows we’re a couple.’ If these youth need help, they may have to out themselves first, which is really hard for them.”

Ugarte said WAA met with the youth in subsequent meetings and enlisted their opinions about what messages would be most useful in communicating with local LGBT youth about IPV and, from their input, constructed a campaign to reach out to this community.

In mid-2008, WAA produced a brochure, posters and other materials that detail the signs of abusive dating relationships and provide information on agencies that can assist victims, and distributed them to local organizations such as The Attic, Mazzoni Center, Equality Advocates Pennsylvania, Gay and Lesbian Latino AIDS Education Initiative and other youth- and LGBT-service organizations in the city.

WAA also employed an internal educational component to ensure that the organization was well-equipped to work with LGBT youth seeking assistance. Ugarte said all WAA staff attended a training session about LGBT abusive relationships and a follow-up session that dealt with issues faced by the transgender community.

“This started as a small project, but we knew that if we were going to do this the right way, we needed to be ready. Our services are not only for women and not only for heterosexuals, but for everyone, but we thought that not all of our staff might be ready to provide the best services that they can to a very diverse population.”

Ugarte added that the WAA staff was even more receptive to the training than she anticipated and that, although awareness about LGBT IPV is an ongoing process, it’s one the organization is excited to be participating in.

“We still have work to do, but we’re going to hold our staff accountable, because we’re clear that these are services that we want to provide.”

Youth in need of assistance can also contact the National Teen Dating Abuse Helpline at (866) 331-9474 or by visiting www.loveisrespect.org.