A New Jersey man convicted of traveling overseas to have sex with underage boys was subjected to prosecutorial misconduct, but not enough to warrant a new trial, a federal judge has ruled.

In a 22-page opinion issued earlier this month, U.S. District Judge Bruce W. Kauffman faulted the federal prosecutor of Anthony Mark Bianchi for threatening to arrest a defense witness if the witness came to Philadelphia to testify.

But Kauffman also concluded that any live testimony of the witness in question, Moldovan attorney Victor Levintsa, only would have been of “limited value.”

In his Jan. 8 opinion, Kauffman said the absence of Levintsa’s live testimony did not prejudice Bianchi’s trial.

Bianchi, 46, of North Wildwood, N.J., was convicted of traveling overseas to molest at least six young boys, mainly in Moldova and Romania.

According to court testimony, Bianchi traveled to Eastern Europe between 2003-05 to have sex with several destitute boys in return for money, gifts and trips to places they otherwise couldn’t afford to visit.

Defense attorneys maintain that any attention given by Bianchi to the youths was merely a sign of his support and affection, and had nothing to do with illicit sexual relations.

In court papers, Mark Geragos, an attorney for Bianchi, disputed Kauffman’s reasoning that the misconduct resulted in a “harmless error.”

He said Levintsa was a key defense witness, who would have testified about alleged governmental pressure placed on witnesses to testify against Bianchi.

Geragos also said Levintsa would have spotlighted inconsistencies in the victims’ various statements to authorities, and the possibility that the boys actually were exploiting Bianchi for economic gain.

“Levintsa had interviewed a number of witnesses during the course of his investigation in Moldova and had firsthand knowledge of relevant conditions in Moldova,” Geragos stated in court papers.

Kauffman noted that he permitted a written statement by Levintsa to be read to jurors, which even included some hearsay evidence. “Extraordinary steps were taken to remedy any prejudice,” Kauffman stated.

But Geragos rebutted that position, stating that live testimony from Levintsa would have been much more effective than his written statement.

He said Levintsa would have done very well under cross examination, and jurors would have been impressed with his confident manner.

“Based on the overwhelming evidence presented against the defendant at trial and the limited value of Levintsa’s live testimony, the court concludes that defendant received a fair trial,” Kauffman wrote.

Assistant U.S. Attorney Michael L. Levy, the prosecutor found guilty of misconduct, said he would be cleared of any wrongdoing if the Justice Department conducted an internal review.

“I’d rather not have that finding by Judge Kauffman, but I’m happy this guy [Bianchi] is going to get sentenced,” Levy said. “I disagree with Judge Kauffman’s finding that I engaged in prosecutorial misconduct. Notwithstanding that, [the alleged misconduct] had no impact on the results of this case.”

Levy maintained that Levintsa tried to intimidate several of Bianchi’s victims so they wouldn’t travel to Philadelphia to testify against Bianchi during his July 2007 jury trial.

“I acted in good faith,” Levy added. “I had [Levintsa] trying to intimidate four of my witnesses to prevent them from coming to the United States; I don’t think that’s a good thing.”

Levy said the arrest warrant against Levintsa has been withdrawn and there are no plans to pursue witness-intimidation charges against him at this time.

Bianchi, who formerly co-owned a motel near North Wildwood, remains incarcerated at the Federal Detention Center in Center City.

After he is sentenced, he has the right to appeal his conviction to the U.S. Court of Appeals for the Third Circuit.

Levy said he’s not bothered by that possibility. “I’m quite comfortable this conviction won’t be overturned.”

Geragos couldn’t be reached for comment on the possibility of an appeal. 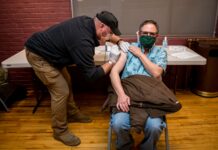 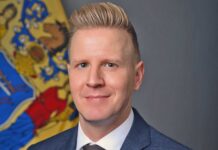