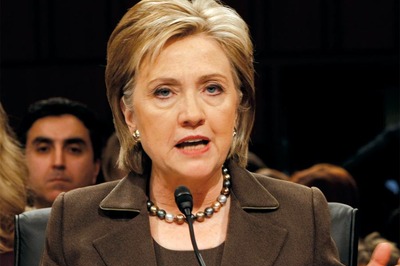 During Sen. Hillary Clinton’s confirming hearing before the Senate Foreign Relations Committee this week, the Secretary of State-designate pledged that if she assumes the position, she would review the Department of State’s same-sex benefit policies.

U.S. Sen. Russell Feingold (D-Wisc.) questioned Clinton during the Jan. 13 hearing about her position on the department’s regulations that prevent same-sex employees and their partners from obtaining the same rights as heterosexual employees, specifically asking whether she would support the extension of benefits to the same-sex partners of foreign-service officers living overseas.

“This issue has been brought to my attention during the transition. I’ve asked to have more briefing on it because I think that we should take a hard look at the existing policy,” Clinton said. “As I understand it, but don’t hold me to it because I don’t have the full briefing material, but my understanding is other nations have moved to extend that partnership benefit. And we will come back to you to inform you of decisions we make going forward.”

Currently, the same-sex partners of FSOs are considered Members of Household and not Eligible Family Members — as are the heterosexual spouses of FSOs — and thus often do not have access to the same jobs, healthcare, training and emergency care as heterosexual partners.