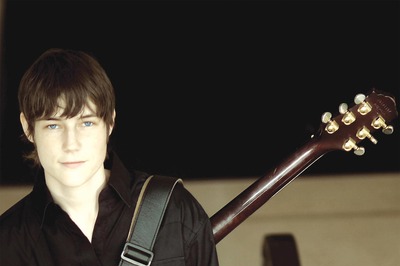 Out singer/songwriter Ellis doesn’t get to Philadelphia very often, which is why she’s itching to play her return engagement in our fair city Jan. 10 at Tin Angel.

“The last time I played there was a year-and-a-half ago,” she said. “So I’m excited to be back. I had a great experience there.”

The Texas-bred and Minneapolis-based singer-songwriter has spent the 12 years since her 1996 debut album steadily recording and releasing albums through her own indie label, Rubberneck Records, and performing the women’s festival circuit beginning in 2000, with regular performances at the Michigan Womyn’s Music Festival. She headlined the National Women’s Music Festival in 2006 and has since made her debut at several folk festivals in 2007.

But “folk” doesn’t do Ellis justice. Her style, while cleanly elegant, is quite difficult to categorize, as it incorporates elements of country, rock and pop.

Ellis said her style is a byproduct of her surroundings.

“Growing up in Texas had an influence for sure,” she said. “I grew up listening to country music, although I wouldn’t describe my music as country at all. It has just got something roots-y or sort of every-person about it. It’s working-class a little bit. I think that coming from a small town in Texas really did influence the way I think about the world. Moving to Minnesota broadened that; the change of seasons, the fact that it gets cold and then you have the renewal of spring. I think that the hopeful feeling that we all get in the springtime really influences my writing. They work hand in hand for sure. It’s definitely a huge part of who I am.”

Ellis’ latest album, “Break the Spell,” is an accessible-yet-sophisticated collection of songs reminiscent of laidback, eclectic artists such as Melissa Etheridge and Sheryl Crow. For the record, Ellis probably has as good a voice, if not better, than the aforementioned stars — though Ellis would give little credence and weight to that comparison.

“We label stuff to try and understand where it fits,” she said. “With music, we do that to try to understand: What is this? It all depends on your reference point and what things move you. I’ve had people compare me to all different artists across the board that don’t have anything to do with each other, in my mind. But if a person is really intimate with that style of music, they’re more inclined to hear that in what I’m doing.”

Sonic familiarity is one thing, but Ellis’ strength as a songwriter and performer comes from her introspective lyrics.

“I find that I am able to connect with a lot of different audiences who are from different geography points, in part because people relate to stuff I’m writing about: the struggle of life, love, sorrow, loss, joy, and realizing that something is possible when a second ago it seemed impossible,” she said. “I know for myself, writing songs is an incredible way to take my life and look at it a little bit, which I’m so intrigued by. There’s something about being in your life and really experiencing it and then there’s another thing about being able to step back into a moment and remember it like it was happening. For me, ‘Break the Spell’ is all about revealing and trying to make peace with some of the sorrows and joys about life. Sometimes it’s hard to understand something when you’re in it. But stepping outside of it for a second, that’s when you have a perspective and you’re able to really understand something.”

Ellis admits she had difficulty deciding how to capture that perspective when it came time to record her new songs, which is why there are two versions of the album: An acoustic remix version of the studio album, titled “Undefended Heart,” is available only at Ellis’ live shows.

“We recorded the record with just me and my guitar at the very beginning, which is unusual for the way I’ve done records in the past,” she said of the companion recording. “Usually I get the three other musicians and we rehearse. Then we record all together live. This record was different. We sat down and just recorded the acoustic guitar and voice. We got all the songs done that way, exactly the way I wanted emotionally. I wanted the songs to have an impact by themselves.”

Ellis said she quickly became enamored with the more stripped-down versions of her songs.

“We thought maybe this should just be the record, just me and the guitar,” she said. “Of course, that wasn’t the plan. We wanted to add other things. I love adding other musicians and other textures and background vocals. There’s something sort of like finger-painting about it that is just really fun. So we did that. We were really loving the results. Then at the very end of the process, we were looking at the final mixes and realized, ‘This is so great,’ and ‘Remember what we thought when we first recorded this record?’”

Ellis decided that “Undefended Heart” should be available for people who appreciate the live (and oftentimes band-less) incarnations of her songs.

“This is good in a different way,” she said. “We felt still very moved by it. It was such a different flavor. I thought about the fact that I do tour solo and people love that genre, the singer-songwriter-type experience. So that’s really how it happened.”