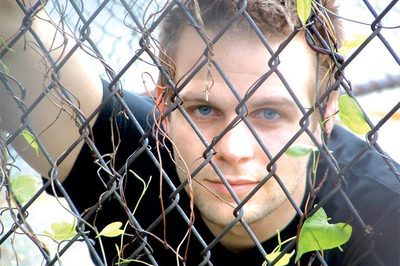 For someone who was toiling away in Washington, D. C., seminary school a little over three years ago, out recording artist Tom Goss has a promising future as a singer/songwriter. “It was just a really bad idea,” he said of the seminary. “I was there for about a year and a half. It was just a really unhealthy environment for me, personally. I wasn’t really doing what I wanted to be doing and I was living in a community with several other individuals, some of which were predatory. So it was a very unhealthy environment for me.” But something good did come out of it. The Wisconsin native said his time in Washington allowed him to develop as a musician and figure out what direction he wanted to take with his talent. “I got my guitar when I graduated high school, so I’m a late bloomer in that regard,” he said. “But I’ve been writing for years. For me, music has become more an integral part of my life. I think one of the great things about my seminary experience is that I wasn’t really doing that much. For me it was mostly pretty boring. I think that me having a lot more down time than I usually do gave me an opportunity to dive into the music head-first. I’m grateful to have had that opportunity and, by the time I left the seminary, my new goal was to put out a CD and get on the road.” Apparently Goss is a quick study. Since leaving seminary school in 2005 he has gone on to release two CDs (2006’s “Naked Without” and 2008’s “Rise”) and perform all over the country. Goss is currently set to embark on OUT magazine’s Rock the Folk OUT tour, a string off East Coast dates with fellow gay singer/songwriters Stewart Lewis and Jake Walden. “They were looking for a handful of artists that fit the fold: gay singer/songwriters doing something interesting and different,” Goss said of the tour’s origins. “There’s not too many of us out here so we all kind of run in the same circles. It sounded like a fantastic deal.” Even though the three artists know of each other and end up playing in a lot of the same venues in their travels, Goss said this tour is the first time he will have the opportunity to see Lewis or Walden perform. “I’ve never performed with Stewart or Jake before,” he said. “The singer/songwriter circuit is, you know, everybody is kind of doing the same thing. They’re playing the Tin Angel or the World Café Live in Philly, and we pretty much follow each other around the country. Their names are on the marquee before yours or after yours. It’s kind of fun. They make amazing music. I’m really looking forward to being a part of it.” Goss added that performing under the banner of OUT magazine might draw an audience outside of what the artists on the tour could draw on their own. “I think it’s about building community, relationships and communication with one another,” he said. “OUT magazine helped us to really make that happen on a broader scale. I think that there are a lot of people out there that are looking for something like this or wished that there was more of an opportunity to see entertainment like this. I feel very grateful for OUT magazine to be stepping forward and helping make this happen and promote a scene that exists but often times flies under the radar. Anytime you bring a handful of artists together, you’re going to reach a wider audience than you would reach otherwise. With all of us playing different styles of music, I think our styles are really going to mesh well together and also contrast. I think this is going to be a great opportunity for all of us to help promote the scene and create it.” The Rock the Folk OUT Tour lands in Philadelphia at 8:30 p.m. Dec. 11 at Tin Angel, 20 S. Second St. For more information, visit www.myspace.com/rockthefolkout or call (215) 928-0770.