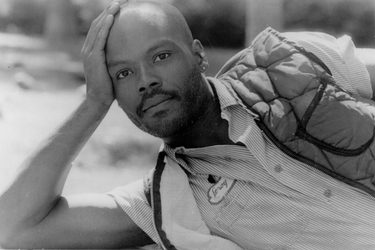 “The bottom line is this: We are Black men who are proudly gay. What we offer is our lives, our love, our visions. We are coming home with our heads held up high.”

Joseph Beam’s introduction to his 1986 collection “In the Life: A Black Gay Anthology” exemplifies the ideals the local writer and LGBT activist pursued during his life, a legacy the current LGBT community is seeking to carry on.

Beam’s life will be memorialized during a Kwanzaa celebration from 6-9 p.m. Dec. 27 at the William Way LGBT Community Center, 1315 Spruce St., 20 years to the day of his death.

Beam, a lifelong Philadelphian, was perhaps best known for “In the Life,” a collection of writings by 25 LGBT African Americans, but the courage and honesty with which he published the book is certainly much more valuable than the collection’s literary worth.

“He really brought a sense of not being ashamed of being a black gay man to the larger community,” said Lee Carson, president of the Black Gay Men’s Leadership Council. “Prior to ‘In the Life,’ there really hadn’t been any kind of cohesive document that showed people that we’re black, we’re gay and we’re unapologetic about that. He spurred a movement within the black communities to be more open and brought a visibility to black LGBT life.”

Tyrone Smith, who served on the Mayor’s Commission for Sexual Minorities with Beam in the ’80s, said Beam defied the social norms for black gay men of the time.

“He was educated and so many times you don’t hear of the educated black gay man. We’re often just looked at as being ‘less than.’ Joe had a mother and father and his mother was a teacher. And he was a masculine guy, but loving and warm. Joe put a different spin on what a lot of people identified as gay.”

Beam, born in 1954, attended Malvern Preparatory School and St. Thomas More High School before moving to Indiana to pursue a degree at Franklin College. While at Franklin, Beam was active in the Black Student Union and the school’s radio program and newspaper. He returned to Philadelphia in 1979 and, shortly after, began working at Giovanni’s Room. Throughout the ’80s, Beam translated his passion and talent for the written word into positions with such LGBT publications as The Advocate, the Windy City Times and PGN.

The Lesbian and Gay Press Association honored Beam with an award for outstanding journalism by a minority writer in 1984, and the following year he became the editor of Black/Out, a journal of the National Coalition of Black Lesbians and Gays.

Kevin Trimell Jones, founder of the Black LGBT Archivists Society, a presenting cosponsor of the Kwanzaa event, said Beam used his aptitude for writing to reach out and unite the local black LGBT community.

“It’s so appropriate that he was from Philadelphia, a place that’s symbolic of liberation and liberating thinking, and he was a product of that atmosphere and environment,” Jones said. “Joe Beam took on the traits of great leaders, became a freedom fighter and wanted to fight for inclusivity and visibility, particularly for black LGBT community members.”

Michael Hinson, interim executive director of The COLOURS Organization Inc., noted that Beam’s success helped to inspire and rally the local black LGBT community and planted the seeds for many of the current black LGBT organizations in the city.

“The work that he left behind helped lay the groundwork for organizers like myself who wanted to explore [our] sexuality in many different ways, including in community organizing. Joe’s work encouraged folks to speak openly and freely about their sexuality, and not just about the glossy part of their sexuality, but the real totality of their sexuality,” Hinson said. “His work was about what Joe was feeling, what Joe was seeing, about the environment that Joe was in. What it allowed folks to do was to really be able to make some connections between all the diversity that we now understand still exists within the black gay community. We’re not all the same, not all from the same cookie-cutter mold, and I think that’s important for people to see.”

Carson noted that while Beam was an icon for the local black LGBT community, he also celebrated the individual differences, as well as similarities, that united the entire community.

“One of the great things about Joe Beam was that he saw the bigger picture, that we need to all work together to embrace all parts of who we are,” Carson said. “Sometimes we don’t want to embrace bisexual men or other segments of the community, but one of the things we can learn from his work is the need to embrace all identities and all of who we are.”

Hinson said this idea has been carried over into the current LGBT community.

“I think what we’re seeing now is more people exploring the thought of having it all: being a member of more than one community at a time and embracing these multiple communities in such a way that it doesn’t necessarily stop you from embracing another community,” Hinson said. “What his legacy really tells us is that we can have it all, but we have to be willing to explore it all.”

During the Kwanzaa event, organizers will set up an African ancestral shrine in honor of Beam and will display photos of his life and read samples of his writing.

Hinson said he’s eager for a younger generation, who may not be familiar with Beam, to attend the event and learn about one of the community’s founding fathers.

“At COLOURS, we see tons of young people coming through the doors, and this is an opportunity for us to say to them, ‘You are the possibility of our Joe Beam. That’s what you are.’ He worked to inspire people to think of all the possibilities that they have in life.”

Smith noted, however, that Beam, who died just three days shy of his 34th birthday, can be an inspiration to people of all ages.

“When I first started working on the mayor’s commission and interacting with Joe, it was amazing to see a young man openly talking about his sexuality. I mean we all were who we were, but we didn’t really celebrate it. He taught me how to be proud. At that point I was in my early 40s and I was saying, ‘Damn, if he’s a young dude and he’s doing that, what am I doing?’ Joe was a catalyst to inspire and encourage people across generational lines.”

Jones said this weekend’s celebration is just that: a celebration of a man who, although he profoundly impacted the lives of countless people, never forgot how to simply find joy in his own life.

“From ‘In the Life’ you see that he just enjoyed life,” Jones said. “He showed through his writing that even though we all have trials and tribulations, we can still celebrate our lives and the relationships we have. That spirit, Joe’s spirit, will be entrenched throughout the whole event.”