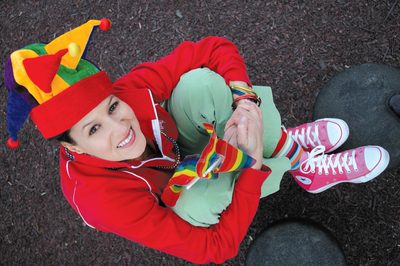 The Leeway Foundation, a local grantmaking institution that funds the work of female and transgender artists, recently announced the winners of its annual award, which seeks to recognize artists who have a long commitment to using their talents to bring about social change.

The 13 awardees’ fields of interest are varied, with grantees who’ve worked on video projects, poetry compilations and dance performances.

“I am so proud of this year’s Transformation Awardees, as they represent some of the most accomplished individual artists in the Philadelphia area,” said Denise M. Brown, executive director of Leeway. “Their commitment to social change and the breadth and depth of their artistic work is exciting, setting an example for our region and the country.”

Each grantee was awarded a $15,000 unrestricted prize that she can use for any work or project that seeks to advance social change. All awardees had to demonstrate that they’ve worked on social-change projects for at least the past five years.

Nash, an open lesbian and PGN contributing writer, is planning to use her grant for her filmmaking career.

Nash said she’s looking to invest in her own video equipment before embarking on several documentary projects.

“I first want to buy some equipment because right now I’m mostly begging, borrowing and stealing equipment from other people, so it’ll be nice to finally have my own,” she joked.

Nash, a former producer on children’s television show “The Bozo the Clown Show,” said her experience in overseeing the daily program was instrumental in helping to develop her idea-generating skills, which she said are currently in overdrive.

“The show was on five days a week, so every day I had to come up with new ideas,” she said. “Right now I’ve got about three documentaries that I want to work on, but I just need to curtail myself a bit.”

Nash’s work is not just limited to film, however.

In 2005, she released a CD that reaches out to children of LGBT parents. “Rainbow Sprinkles” is a collection of songs geared toward children from nontraditional families, which seeks to affirm and validate their families while also providing good-natured family fun.

“The kids are so happy to hear something that reflects their families,” Nash said. “One little boy put on a pair of headphones and was listening to it, and it was just the cutest thing — his eyes went wide open like saucers and he said, ‘That song is about having two mommies, that’s the most beautiful song I’ve ever heard. I have two mommies.’”

Although Nash said she has several ideas floating around for possible projects, she’s certain that she wants to use a portion of the Leeway money to create a documentary about Mountain Meadow, a local organization that runs a summer camp for children of LGBT-headed families.

Nash visited the organization last summer and captured some initial footage, and said she’s eager to continue the work to bring recognition to the organization and the unique niche it serves.

“They were consultants with the CD and some of the children sing on the CD, and they’re just the most wonderful, progressive children I’ve ever met,” she said. “They all have stories to tell, so that’s what I want to help them do. It’s interesting that they’re all pretty much gay-rights activists without themselves being gay.”

For more information on the Leeway Foundation, visit www.leeway.org.